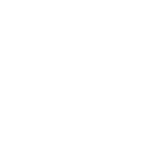 FOR ENERGY & THE ENVIRONMENT

Risk of toxic drinking water from oil and gas extraction

The most critical issue for a better future is generating the political will to halt our dependence on fossil fuels and make a rapid transition to a sustainable economy based on renewable energy. A brief review of historical milestones may be helpful. The US rapidly mobilized enormous industrial capability to enter WW2 after the Japanese attack on Pearl Harbor. Fossil fuels, cheap and readily available, enabled this massive transition. The advent of television advertising in the 1950’s spawned the consumer economy. We were programmed to buy consumer goods so we could be happy, successful and sexy. The petrochemical industry boomed, enabling a variety of plastics and other synthetic materials to become the materials of choice for these consumer goods.

Gradually we learned that our one planetary home could not “digest’ these chemicals. As they collected in our air, land, rivers and lakes, our public health deteriorated. The onslaught of harmful chemicals our bodies did not recognize and could not process contributed to increases in cancer and degenerative diseases. As we learned what was happening to us, various movements arose to educate the public and apply legislative and regulatory pressure to clean up our environment.

Rachel Carson’s Silent Spring, published in 1962, established DDT as a harmful chemical to be banned because of its effects on both animals and humans. The first Earth Day was held on April 22, 1970, with an estimated twenty million people participating. There was great hope at that time for moving toward a better future. Since then, after a period of more than four decades, that hope has dwindled.

There appear to be several reasons for this. Lobbying efforts by the major petrochemical companies have thwarted many legislative and regulatory attempts to protect public health and our environment. The large petrochemical companies have funded research to support their false claims so they can maintain an economy based on fossil fuels. They have sponsored advertising campaigns to deceive government officials and the public from the truth. Following the Supreme Court’s ruling on Citizen’s United, these companies have increased their contributions of millions of dollars to the election campaigns of national, state and local officials. Their purpose has been to ensure critical votes go their way, enabling them to continue business as usual or even expand operations and sources of fossil fuel. 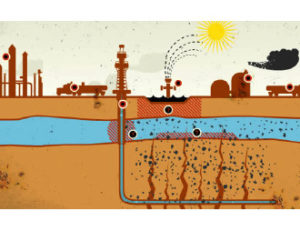 One particularly harmful development has been the “Halliburton Loophole,” named for the company that Vice President, Dick Cheney led as CEO before he accepted the VP position as George Bush’s running mate. Jonathon Mann reported on CNN International in a long video biography of Cheney that he received a $35 million golden handshake from Halliburton when he resigned to run with Bush in the year 2000. Politifact.com has validated this as true. Shortly after that the 9/11 tragedy took place. KBR, a spin off from its corporate parent, Halliburton, eventually earned close to $40 billion in contracts to provide services and materiel in the Iraq war, including many no bid contracts.

This information is relevant in a search for root causes for the potential toxification of underground water aquifers in multiple states, most notably California and Pennsylvania. The Halliburton loophole establishes that the toxic chemicals used in extreme oil and gas extraction methods such as fracking are “trade secrets” not subject to disclosure. This is a clear example of societal dysfunction, as we discover how corporate profits come before public health and safety. This has long been an issue, but the toxicity of the recently identified chemicals involved in oil and gas extraction is so severe that it calls for organized political action and a strong public outcry. 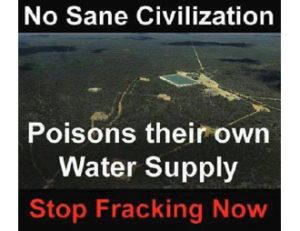 Fracking must be banned to protect public health and the safety of our precious underground water aquifers. One notable example of a local effort to begin educating the public about the toxic chemical risk is an event held on April 24, 2016 by a new grassroots group called Safe Energy Now! for North Santa Barbara County. Over a thousand oil wells have been placed in what the locals call “North County”, with the vast bulk of these not visible to the public, and placed near working class neighborhoods. Approximately 700 – 800 permits for new wells were pending at the time of the event. These new wells, if approved, would likely use fracking and other enhanced oil recovery [EOR] methods. Three different speakers explained to the audience that 700 toxic chemicals are used in fracking and EORs, including benzene, toluene, hydrochloric acid and other acids. Benzene is a known carcinogen. Toluene has a variety of harmful effects on the body. There is a real risk these chemicals can enter underground water aquifers that provide drinking water to the public. The diagram above illustrates how fracking chemicals can migrate through soil, sand and rock into an underground aquifer. Most of the public, when they understand the nature of this risk, consider it unacceptable.