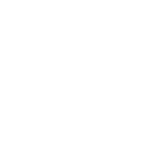 FOR POLITICS & THE MEDIA

Climate is changing in a threatening direction 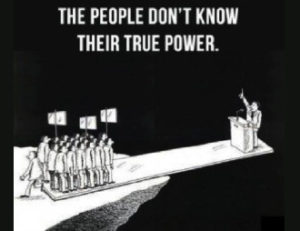 Politics is about power and control: who wants it, who gets it, how they get it and what they do with it. Power dynamics appear to be forever present in human relationships, especially in the relationship between government and those who are governed. We are supposed to have a representative democracy. We theoretically vote to select leaders of government to represent us at national, state and local levels. The news media provide information on which we can base our choices as voters. 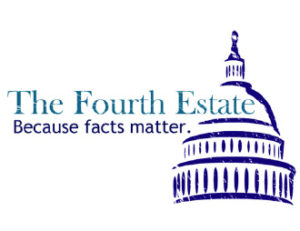 While that has been the theory, in practice the owners of news media organizations have always exercised varying degrees of editorial control over news content. Some news items are disregarded because they conflict with the owners’ political viewpoint. Other news items are reported with a particular slant or spin that is aligned with the publisher’s goals and values. Editorial control is provided by the managing editor who must be responsive to the publisher-owner’s direction. 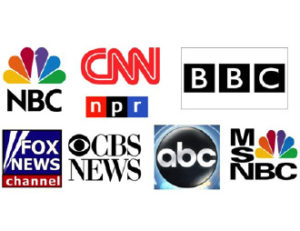 Mainstream news organizations rely on revenue generated from advertising or subscription fees to cover expenses and generate a profit. Herein lies the problem. While news is supposed to be about the “facts”, the elephant in the room is always the issue of how a story might affect advertising and subscription revenue. News that increases print readership or digital viewership enables a potential increase in advertising revenue. News that could displease or upset an advertiser could create a loss of revenue. The revenue issue drives an enormous amount of mainstream news organizations’ behavior.

How does this dynamic impact how well informed the public is about a candidate for office? Depending on the news organization, it can have an enormous effect. Consider multiple examples from the 2016 presidential primary process:

At one point in the primary process Republican Donald Trump had accumulated more than 80 minutes of coverage by ABC World News in contrast with less than one minute for Democrat Bernie Sanders. Trump had made outrageous statements about Mexicans, women and a handicapped journalist that generated a lot of controversy, thereby increasing media coverage. In contrast, Sanders was making controversial statements about income inequality, breaking up the big banks and exorbitant drug prices in the US compared to the rest of the world. The mainstream media had a feeding frenzy with Trump, but they completely avoided coverage of Sanders, creating what his angry supporters called a media “blackout”. 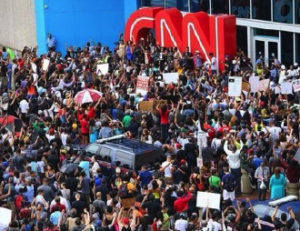 While the mainstream media operate within organizations that have centralized control over editorial content and spin, the major social media outlets exercise little to no control over such content. Individuals and organizations can post whatever they wish as long as it doesn’t offend community standards. Facebook news feeds have enabled an enormous amount of information to be shared about Bernie Sanders and other candidates. As Sanders’ supporters became more informed about his history in government and what principles he stood for, they compared what they were learning from Facebook with what CNN was reporting about him. They found CNN astonishingly deficient and biased, so much so that a demonstration was held outside CNN headquarters in Los Angeles. CNN did not report on it, but Facebook did. It is clear that social media enable vastly greater transparency than mainstream media. Facebook has enabled millions of people to literally see how biased CNN news coverage has been. 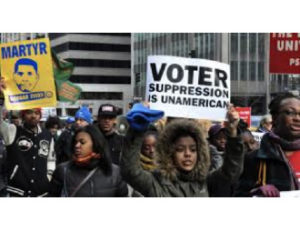 Another stunning revelation about the reality of biased editorial control, this time in a respected news organization, arose with the Washington Post. Early in the primary process it was reported on Facebook posts that within one 16 hour period the Washington Post published 16 negative news articles about Bernie Sanders. This was checked and confirmed, with a corresponding outrage on Facebook that spread widely. It didn’t happen again to such an obvious and blatant degree.

Another category of examples is in the realm of voter suppression. Instant news feeds from Facebook and Twitter enable immediate reporting of problems that voters have been having in exercising their constitutional rights as citizens to vote. There have been numerous disturbing examples in multiple states, most notably Arizona and New York. Social media have enabled info shares about who to call if there is a problem, as well as when and where to gather to testify in court to seek legal remedy. 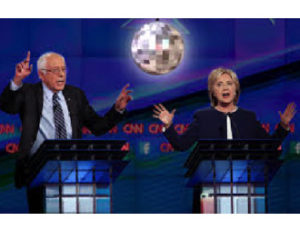 A final category of examples lies the arena of public debates moderated by the different mainstream media organizations. There are hugely significant substantive issues facing this country. The presidential candidates appear to rely on widely varying principles and proposed policy responses to those issues. The character of the candidates also appears to vary from one end of the continuum to another. The debate questions consistently avoided inquiry into how the candidates propose to cope with climate change. In one debate exchange, both Sanders and his opponent were asked, “What is the greatest threat to our national security?” Sanders quickly replied, “Climate change,” while his opponent focused on the Middle East. In a separate interview, Sanders made the comment, “No one is asking about climate change. You, the media, are avoiding it. We are in a climate crisis and have to do something about it.” Still, there have been no questions about this enormously important strategic issue. It has become obvious that editorial control equivalent to another media blackout is being imposed about this issue. If the voters were being informed the facts about climate change as reported by NASA, there would be a significant increase public interest and pressure to address the issue.

The obvious disparity in news coverage between the mainstream and social media creates huge differences in voter awareness and response to different candidates. Biased news coverage of the political process damages the stated intent of democracy: “government of the people, for the people and by the people”. Social media, especially Facebook and the free choice of newsfeeds by users, are enabling a resurgence of interest in politics and the democratic process. This is a welcome and important strategic development in the evolution of what is an imperfect democracy.